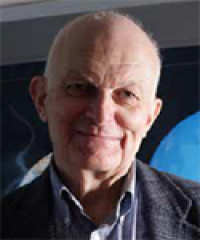 Alar Toomre received S.B. degrees in aeronautics and physics from MIT in 1957. Under a Marshall Scholarship, he completed the Ph.D. from the University of Manchester in 1960. He took appointment at MIT as a CLE Moore instructor (1960-62), and after a year at the IAS, joined the MIT mathematics faculty in 1963. In 1965 he was promoted to associate professor of applied mathematics, and to professor in 1970. Professor Toomre's research interests concern problems in astrophysics and stellar dynamics. He has served on numerous administrative committees at MIT and elsewhere; among them: member of the MIT Committee on Discipline, 1970-73, Chair of the Committee for Academic Performance, MIT, 1978-81; Chair of the Search Committee for Director of the Harvard/Smithsonian Center for Astrophysics, 1981; Chair of the Selection Committee for the Brouwer Award, American Astronomical Society, 1981-84. He has twice served as Chair of our Applied Mathematics Committee, 1991-93 & 2006-2008. He was a Guggenheim fellow, 1969-70, Fairchild fellow, 1975, and MacArthur fellow, 1984-89. He received the Brouwer Award of the Division of Dynamical Astronomy, American Astronomical Society, in 1994. Professor Toomre is a Fellow of the American Academy of Arts & Sciences (1974), and Member of the National Academy of Sciences (1983). In 2014 he received the Magellanic Premium Medal from the American Philosophical Society for his extensive body of work on the dynamics of galaxies. In 2016 he was elected Member of the American Philosophical Society.