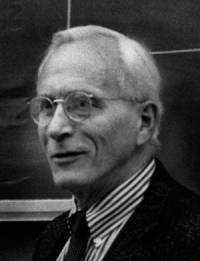 Harald Reiche (1922–1994) was a German-American classical scholar, specializing in an archaeoastronomical interpretation of Greek mythology.

He received a B.A. degree in Classics from Harvard University in 1943, followed by an M.A. (1944) and Ph.D. (1955). Reiche became Professor of Classics and Philosophy at MIT in 1966. In the late 1960s with his colleague Giorgio de Santillana, Reiche pioneered the theory ancient myths were invented to serve as “vehicles for memorizing and transmitting certain kinds of astronomical and cosmological information”. Reiche was one of the few academics to positively review Santillana's Hamlet's Mill (1969) which was widely criticized.

In 1979, Reiche offered an archaeoastronomical reading of Plato's Atlantis story. A fairly negative review appeared in the Journal for the History of Astronomy the following year, noting it is “difficult to decide how seriously to take the long article by Reiche who interprets the layout of Atlantis as a sort of map of the sky”.

<WRAP indent> “I took a number of philosophy classes from Prof. H.A.T.O. Reiche (“We'll standarized the mispronunciation as Richie.” ) He made the study of philosophy interesting and, at times, humorous. I also recall that when someone asked him if he had heard that John XXIII had been elected Pope, his reply was 'Roncalli, by golly.'” </WRAP>

Services were held at Mount Auburn Cemetery July 29 for Professor Emeritus of History Harald A.T.O. Reiche, 72, who died on July 25.

A classical scholar, Professor Reiche was the author or co-author of several books and many articles on classical history and thought. He became particularly interested in Greek cosmology and astronomy and wrote and lecutred widely in that relatively unexplored field.

Professor Reiche was born in Germany in 1922 and studied in Switzerland before emigrating to the United States where he was graduated from Phillips Academy. After service in the US Army during World War II, he received the AB degree in classics from Harvard in 1943. where he also received the AM (1944) and PhD (1955) degrees.

He was appointed assistant professor of classics and philosophy at MIT in 1955 and helped to organize, design and teach the introductory humanities program. He also taught electives in Greek philosophy and language, ancient history and Roman political thought. He was promoted to associate professor in 1960 and to professor in 1966. He retired in 1991.

In addition, from 1980-90, Professor Reiche and his wife were faculty residents in Baker House, where they hosted Sunday evening suppers and symposia famous on the campus for good food and stimulating conversation. 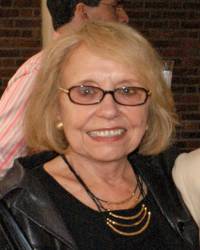 Prof Harald and Irene Reiche were the Housemasters of Baker House from 1980 to 1989. Their daughter Victoria Reiche Gaar writes: “Irene loved her years at Baker House and continued contact with many of the students throughout the years.”

Links to Irene Reiche's obituaries are here and here.

[ Hampton Watkins reports that Professor and Mrs Reiche's son passed away a few months ago. ]

REICHE, Christopher G.T. Age 56 of Arlington, passed away peacefully at home after a valiant battle with cancer. Beloved husband of Lisa Deschenes, cherished son of Irene Reiche & devoted father to Derek. He was preceded in death by his father Harald Reiche. Also lovingly survived by his sisters Tita Reiche and her husband Bruce Riddle, Victoria and her husband Dr. Earl Gaar and Kate and her husband Jordan Bigel. Devoted uncle to nine nieces and nephews who adored their “Uncle Chris”. A memorial service will be held March 7th at 5 pm First Parish Unitarian Universalist Church of Arlington, MA 02476. In lieu of flowers donations can be made in Chris' honor to the United States Tennis Association's Foundation USTA Serves www.foundationgiving.usta.com. Online guestbook at savilleandgrannan.com.