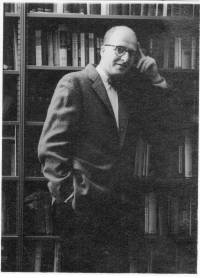 <WRAP indent> “… Baker House is an Alvar Aalto building. Aalto was one of the major architects of the 20C, and this is one of only two buildings of his in the U.S. He is all over his native country, Finland. The building brilliantly maximizes its river view (nickname “the pregnant worm”), and I loved the way he handled the dining room and other spaces. (Our apartment was an afterthought, we were told, squeezed in, but we loved it with its balcony overlooking the river and Memorial Drive, also the little garden in front where we planted a hawthorn and thyme between the flagstones. We had a black, black cat, very fierce, Herman, who used to gnaw the students' ankles on our Sunday sherries, and he would climb up on the railing of the balcony and watch the traffic. At night you could see his eyes from the road.) Aalto also designed the furniture for the rooms, which, I'm sorry to say, I watched graduating student load into their cars and drive away with. You can probably find out about Aalto on the Internet, but you should probably ask whoever's teaching History of Architecture, if you haven't already.” </WRAP> 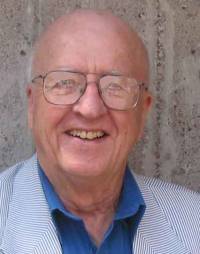 His newest book is entitled Literature and the Brain.
A website for the book is here, and the Table of Contents and first chapter are here.

Prof Holland says he didn't have a Junior Faculty Residents, and the Hollands left after AY1959-60. The “THE FRESHMAN'S CONFIDENTIAL GUIDE TO BAKER HOUSE” from the fall of 1963 makes passing mention of a “junior faculty member” acting as a resident tutor. So the change-over was somewhere in-between…