<WRAP indent> “In the spring of 1957 there was a student 'riot' in which some participants set up a burning barricade across Memorial Drive in front of Baker House to protest a hike in tuition and plans to expand graduate education at the expense of undergraduate education. This event contributed to the start of a campus police department in the fall of 1957 or 1958.” </WRAP> 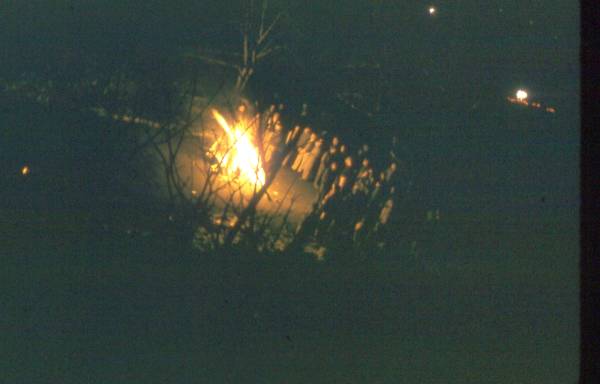 Last Saturday and Sunday, the thirty MIT students who were arrested at the fateful Baker riots were among those summoned to appear for open hearigs before a combined Institute Judicial Committee.

The committee stressed the fact that the hearings did not constitute a court of law, and, therefore that the ordinary rules of evidence would not necessarily apply; instead, the purpose was only to better acquaint Judcomm with the facts, so that they could render just decisions in the disposition of the cases. Each student was given a chance to present his story, which, if there was no reason to question it, was accepted by the committee. The group previously had investigated each story, and most questions pertained to discrepancies in the testimony. The defendants were invited to bring in as many witnesses as they wished. The students were required to answer all questions presented by the committee, unless special permission was given by the chairman not to answer the queries.

In an official statement William Salmon '57, Judcomm chairman, said that no defendant would be asked to testify against another; however, several students who were subpoenaed after the investigations had begun, felt that their names had been mentioned during the course of the hearings. Salmon denied this. They were called, he said, as a result of other Judcornm investigations.

All in all, forty students appeared before the committee as defendants. All of those who were arrested, including the four who had been cleared by the Dean's office, were called cause their arrest implied participation of some kind in the riot; this was not used as proof of guilt, however, said Salmon. The open sessions included all of the facts which were being used as evidence in the cases; no additional information was added in the closed sessions where the final decisions were reached.

The findings will be forwarded to the Faculty Committee on Student Discipline for action. The announcement of the final disposition of the cases may be deferred until the policy of the counsel for the students now in civil jeopardy has been determined. At the lawyer's request, no testimony was presented at the first civil hearing last week, but was postponed until today for regular court action. The quick action of Judicial Committee was for the purpose of possibly presenting some evidence at the trial.