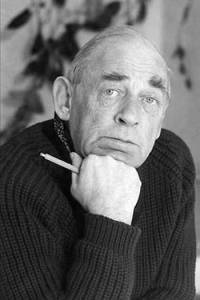 One of the two great figures in the “mythology” of Baker House is Alvar Aalto.

He designed a place for us to live. Those of us who lived in Baker House knew – instinctively – that there is something special about the architecture of the place. And the flocks of architecture students that came to admire our home just reinforced that perception…

Other links about Alvar Aalto:

Noted Finnish Architect In Europe Since 1940

Alvar Aalto, internationally known Finnish architect, has rejoined Technology faculty of the School of Architecture and Planning for the fall term. Professor Aalto was a member of the Staff in the fall of 1940, when he returned to Finland to direct the national reconstruction program.

Since that time he has been active in the reconstruction of destroyed towns and last summer worked on the problems of building shelter in Lapland before the freezing weather set in.

In announcing Professor Aalto's arrival, Dean William W. Wurster of the School of Architecture and Planning said that the distinguished architect would begin teaching immediately. His lectures will be based on the combination of city planning work and the building of houses.

Professor Aalto, who is 47 years old, was graduated from the Helsingfors Technical College in 1921. As a leader in the modern movement in architecture, his achievements in design in Finland have attracted the attention of architects throughout the world, and exhibitions of his work have been held in London, Zurich, Milan, and New York. A versatile and brilliant designer, Professor Aalto was the architect for the Turun Sanomat building in Abo, Finland, the tuberculosis sanitorium at Paimio, and the Viipuri library. The library is famous for the use of daylight illumination. Its reading rooms include parabolic openings in the roof with uniform dispersion of daylight to every part of the rooms.

One, of his notable achievements was the design of the Sunila Sulphite Mills, a manufacturing plant built by an association of all the big Finnish industries and the government. This development included construction of an entire city for workers and officials, involving a laboratory experiment in city planning and traffic control. Thousands of Americans are familiar with Professor Aalto's work in the buildings he designed for the Finnish government at the New York and San Francisco fairs.

“The site is located on a heavily-trafficked street along the Charles River. In order to avoid as much as possible the disturbing view out onto this street, a curving plan form was chosen. By this means, no room was oriented at right angles to the street and its traffic. It is well known how much more tranquil it is to look, for example, from a diagonal line of sight out of the windows of a moving train at the passing landscape. An attempt to make use of this phenomenon was made with the form of the building: the windows face diagonally to the passing automobiles and thus afford a quieter environment for the person within the room. The stairway system is housed in a paneled structure rising up the north side of the building which allows an unobstructed view along its entire length from the lowest landing.”

Another excerpt from Alvar Aalto By Nicholas Ray

Excerpt from A Modern More or Less Humane in Architecture Week

Is There a Better Way?

After the tour I spoke with a few more students, asking how Simmons Hall compared to the other MIT dormitories. They all agreed that Simmons looked too cold and sterile to be considered a possible home, and they'd prefer a dorm like the nearby Baker House, designed by Alvar Aalto in 1949.

One young woman explained, “…Baker just seems more homey… I know [the interior] of homes aren't usually brick, but it still just feels warmer: like the colors of the wood instead of metal. When I wake up I don't want to feel like I'm in jail or something.”

The students and their parents consistently made references to Simmons Hall as being a fortress, a metal block, and a metal sponge, whereas Baker House was referred to as a home, a warm destination, and a place to live.

I decided to see firsthand the appeal of Baker House and made my way across the field to find some residents to talk to. One student offered her opinions about both Simmons and Baker: “Great architecture isn't just trying to be art, it's functional. I know I'm not an architecture student, but it seems like [Simmons] is really impersonal and bare and feels like a hotel, not a home.”

She continued: “One of my architecture-major friends likes it a lot, I think just because it was designed by somebody famous. Basically you shouldn't make a dorm look like anything you want: you can't make a museum look like a bathroom.”

Another student was enthusiastic about the Baker House design and spoke about the building programmatically. He was amazed and appreciative that the architect had placed nearly all the circulation on one side of the building in lieu of a typical double-loaded corridor, and he especially appreciated the freedom to personalize rooms.

Not only do Baker rooms provide more wall space than those in Simmons Hall, the wheeled furniture gives students spatial flexibility in customizing their arrangement and accommodates dozens of room configurations. Furthermore, students use chalk to personalize their spaces with drawings and notes, something not done in the impersonal concrete spaces of Simmons.

Who's Right? Critics or Occupants?

In researching lay opinions about Simmons Hall and the Baker House, I questioned a number of my own values regarding architecture and architectural criticism. Several critics view Simmons Hall as a fantastic work of architecture: they find the design concept inventive and unique, its schematic design interesting and progressive, and the finished product captivating and dynamic.

Students, residents, and potential residents, however, find Simmons Hall to be a cold, sterile, and undesirable living space. My survey of these buildings from the user's viewpoint drastically changed my outlook on Simmons Hall, and I am more convinced that architectural success is not attained by physical forms, color compositions, or concept diagrams, but in the way the users appreciate and interact with the spaces.

I believe architects should uphold their moral obligation to clients by attaining a complete understanding of the way a building works visually, physically, and temporally for the inhabitants. I believe that in doing so, functionally sound and beautiful architecture is the natural consequence.